Speak the truth in love 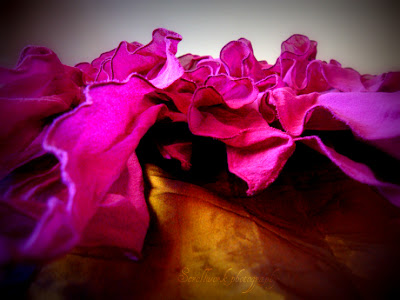 A friend of a friend shared on Facebook the other day, "One of the hardest things in life is having words in your heart that you can't utter."
My friend then quoted Henry Vandyke: “Tact is the unsaid part of what you think; its opposite, the unthought part of what you say.”

Expressing ourselves triggers vulnerability. There could be good or bad consequences for both us and the ones who hear our words. I once heard a simple, memorable, and sensible gauge for deciding whether to say something or not. I wrote about it
here. We ask ourselves, "Is it true? Is it kind? Is it necessary?" If it meets all three conditions, then we may say it.

But what if it's true and necessary, but unpleasant? I thank God I'm not the boss who has to take employees aside and tell them they need a breath mint. Or the cop/minister/doctor who has to let a family know their loved one is a fatality.

In our ordinary lives, the unpleasant truth is more likely to be that someone is driving us crazy. I'm so lousy at lying I don't even bother. I haven't been a big fan of white lies, either, but I've managed a clear distinction in my head between hypocrisy and civility. Even if I can't stand the sight and sound of you, if we have to work together, you can always rely on my professional courtesy toward you — no matter how big of a jerk you're behaving toward me. Once that working relationship is over, though, you won't see me initiating or reciprocating any social interaction. My silence will say what was left unsaid. (Hear that, former co-worker? former boss?)

I wish I could be as unambiguous with the friends I've de-friended over the years. I stopped all contact with the first one because she was the kind of flaky we're all supposed to outgrow; the second for her undeserved sense of entitlement (to my resources, time and undivided attention); the third for unrelenting, clueless self-centeredness; the fourth for crying over the smallest thing, thus turning the office into a daycare circus; and the fifth (and last, I hope) for being a staggering, obnoxious drunk at a party while expecting me to babysit her.

I haven't begun to figure out if there might have been any way to speak the truth kindly to any of the aforementioned. As relaxed as I usually am about friendship, my standards exclude the flaky, the leeches, and the heavy baggages who don't even try to control their emotions or addictions. If you come up with a loving way to say that to a person, you know where to find me.
at 5:18 PM 1 comment: