Is the creative process worth the aggravation? 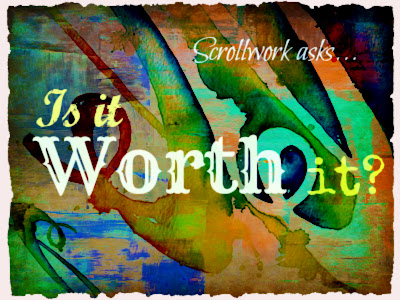 I teach ballroom and Latin dance to adults. This is a recent experience.

Optimists employ three words that drive the rest of us nutty: "But at least..."

He wouldn’t hear of performing any other dance except the one he had set his mind on. But at least he asked you to partner with him. You have a partner for this year’s showcase, yay!

Someone makes it a point to tell you that you were not the guy’s first choice for a partner. Not even his second choice. You refer to “But at least” above.

You don’t know the first thing about the dance he picked. He says he wants the sensuality level to be rated R. But at least your co-teachers have agreed to his request that they choreograph your number. And he's not awful looking.

Your partner commits to the rehearsal schedule. He arrives at least 20 minutes late every time. But at least he’s consistent like that. You bring something to read.

The chemistry between you on the dance floor is zilch. But at least you’re both learning something new. You patch together a choreography. Thank God for YouTube and all the steps already invented. 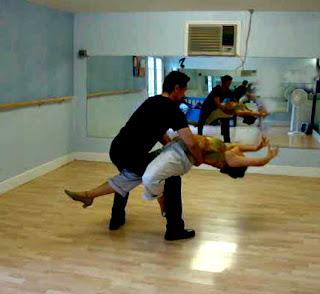 It’s painful to watch your awkwardness in your rehearsal videos. You seem to be an expert at dancing like a nun. But at least you can laugh your heads off at your many mistakes. Two plodding turtles cackling like the dickens as you make your way toward the remote finish line. 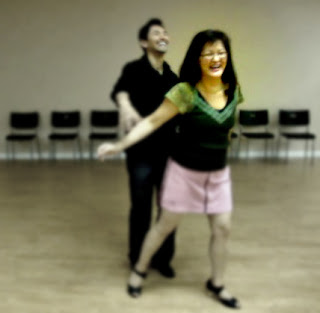 It’s like pulling teeth to hear back from your partner about future rehearsal dates. But at least you’ve figured out how to manufacture chemistry: A big part of playing the tart is dressing the part. You start showing up at rehearsals in Very Short Skirts. It works, at least while you’re on the dance floor. 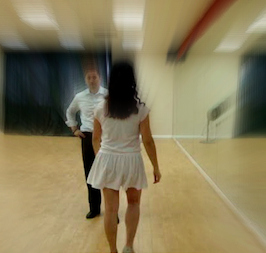 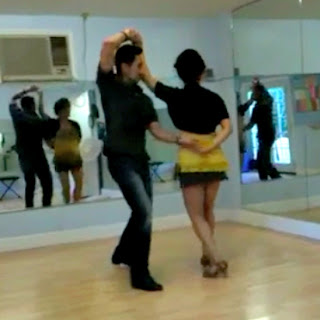 Your partner declines to do a dry run of the performance in front of an audience. He has a “wedding” to attend. He posts Facebook pictures of himself at a sports event that day. You wonder why he felt the need to lie. But at least by keeping your mouth shut you manage to remain on speaking terms. 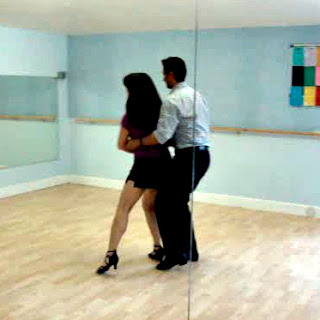 Your partner flakes out on dress rehearsal/photo shoot day. But at least you finished handsewing your costume that day. Although there might not be an occasion to wear it now.

You cut your losses and quit. But at least your boss agrees to the only way ($$) to get you to come back to work with this student.

Your partner agrees to a dry run at a local nightclub two nights before showtime. He calls to say he's 10 minutes away. He shows up an hour later and insists on having a drink first “to relax.” You both flub the dance. But at least…you didn’t get booed?

You can barely keep a neutral expression while you tell him you’ll see him for more practice the next day. But at least you didn’t sock him in the eye, thanks to your ladylike upbringing. And at least he finally acknowledges that yes, you do need lots and lots more practice.

You arrive at the performance venue and spot your partner at the bar, drink in hand.  You take him firmly in hand, walk him over to a table and insist he set the drink down until after your performance. You turn around and he is having a second drink at the bar. But at least he obliged when you called him over for a quick “We’re partners” snapshot, drink firmly in hand.

One hour before you go on, your partner insists you run through the choreography over and over again. You are exhausted. But at least, waiting for your names to be called, you realize you are too tired to be nervous. 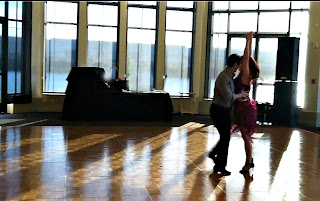 You pull it off. Your dance goes reasonably well, except for the music cutting out too early at the end. But at least he didn’t drop you during the crucial lift. 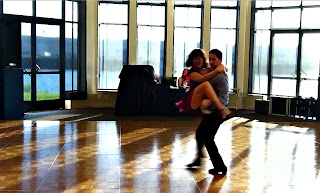 He agrees to a photo shoot several weeks later so you have material for your professional portfolio. On that day, he calls 20 minutes before to say he can’t make it after all. But at least you’ve been given a video of the performance from which you can cull stills. 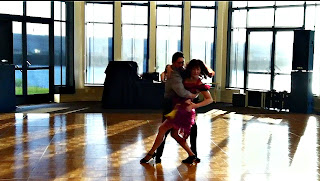 The stills are very blurry. But at least it saves you the effort of disguising his identity. Because you are going to BLOG about this experience, so help you God.

You’ve neglected the blog for months because the things you badly want to say will reflect badly on your work environment. But at least you wrote about one small aspect of it. And now hopefully the inertia has ended. 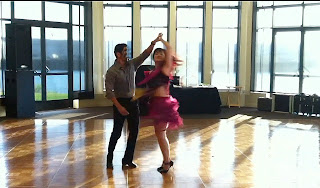 Andrew Zahn, who blogs on Creatives, raised some interesting questions on the creative process. He wanted to know:


Andrew cites how Michael Richards and Jerry Seinfeld talk about their creative process in the making of Seinfeld in a webisode series,
“Comedians in Cars Drinking Coffee.”

Michael: OK. Because sometimes I look back at the show and I think I should’ve enjoyed myself more.

Jerry: Michael, I could say that myself. But that was not our job. Our job is not for us to enjoy it, our job was to make sure they enjoy it. And that’s what we did.

This is the comment I left on Andrew's blog: Do I enjoy the process? When I'm writing, no. When I'm designing quirky clothing for Swoosh by Scrollwork, yes. When I'm choreographing for a dance showcase, yes. When I'm rehearsing for hours on end—ick.

Were those three months of aggravation leading up to the showcase worth it? Viewing the stills, I'd have to say yes, they were. Both for my partner's sake and my own. He fulfilled his longtime desire to dance in public as part of a couple. His previous experience had been limited to team performances.

"We're doing this for you," I whispered as he and I waited in the wings. "Once we're out there, It's just you and me."

I've been through a year of self-doubt as a dancer because I let my guard down and listened to a jealous critic. But viewing our performances side by side, hers and mine, I realized I had sold myself short.

What about you? Do you tear your hair out when you're trying to create something?