Can creativity be a liability? 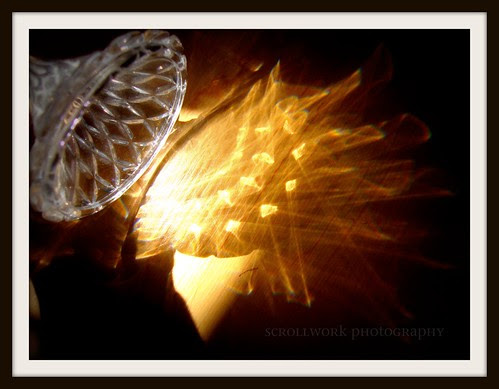 One of my strengths, it seems, has a downside. And oh, has it ever been a thorn in my side! Often complimented on my creativity, I have also borne it on my back as my cruel tormenter. It fans my fear of mediocrity. I labor to buck the predictable.
The predictable is comfortable! Familiarity breeds comfort, not always contempt.  I color outside the lines and it's curtains for me.

Now, when I say creative, I'm not talking about Van Gogh-proportioned, cut-off-my-left-earlobe angst. (I remember as a child being horrified to learn this about the painter.) I am nothing if not even-tempered day to day as well as in crisis. Nor am I inclined to blow things out of proportion, as author Pearl S. Buck describes:

The truly creative mind in any field is no more than this: a human creature born abnormally, inhumanly sensitive. To him, a touch is a blow, a sound is a noise, a misfortune is a tragedy, a joy is an ecstasy, a friend is a lover, a lover is a god, and failure is death.

Please, no. Particularly the part about failure being death. I'm still alive!

Copyblogger's Brian Clark wrote about mental blocks to creative thinking, particularly the pressure to conform and be viewed as "normal." He calls it the unquestioning consensus that inhibits your natural creative abilities.

“Most of what keeps us civilized boils down to conformity, consistency, shared values, and yes, thinking about things the same way everyone else does. There’s nothing wrong with that necessarily, but if you can mentally accept that it’s actually nothing more than groupthink that helps a society function, you can then give yourself permission to turn everything that’s accepted upside down and shake out the illusions."

You do, however, have to be prepared to be seen as interfering with the function of society. That can be a very dangerous place to be – thus all the groupthink.

"Creativity is best achieved by people who know that it is not always a perfect good. It has its price, and the price is sometimes very high. You threaten people – sometimes very ambitious and intelligent people, who can retaliate."

I've learned to be skeptical of opportunities that purport to seek my creativity and exuberance. I made the mistake of accepting such an opportunity, offered by ambitious, intelligent, uber-accomplished but rigid thinkers. I tried but failed to please them. It's true what Seth Godin says, that you won't succeed by giving people what you think they need — you must give them what they demand. They demanded obeisance. Before I realized it, I had been pounded into a dried out bouillon cube version of my formerly inspired self.

Many creatives must not only live among pragmatists but make a living with skill sets that don't involve creativity. It's still a pragmatist's world down here among the rank and file. We die a little every day, not from failing, but from gradually losing the will to try something innovative.

These past 11 months after walking away from a salaried position, I gave myself permission to try chucking the cubicle that had shaped me in its likeness.  I was selective about where I applied next.  From refusing to be square, my bank statements dwindled to a series of round zeroes. I wasn't surprised. As long as my spouse remained employed, I was willing to fail — in the eyes of the income-driven, anyway — to revive the parts of me that had fainted from the drought.

Failure of this kind does not equate with defeat!

Everyone has a someday list. Someday I'll find the time to dabble in photography...to dive into a craft project...to tackle that mess in my closets...to startle my inner entrepreneur awake...to dive into the mosh pit of social media...to finally unleash a blog and let it drag me in whatever direction it takes. I checked off everything on my list.

For me, the terror of unstructured days gave way to stretching out the day as far into night as my stamina would allow. I still forgot to stop and eat lunch on some days, but now I was working on things that fulfilled and challenged me. I discovered there were still things that could surprise and move me.

What remains to be seen is if this spate of productivity will stay constant and cushion me when I return to the pragmatist's world. Or will I have to hold up a white flag and whisper "Shush!" to my creative side while I'm at work?

Tell me if you've been through something similar. How did your cubicle rejection turn out?