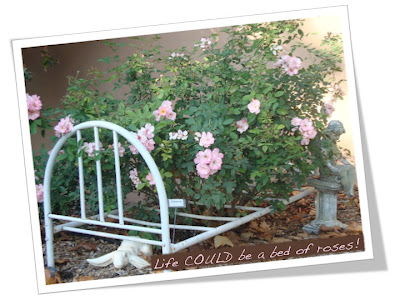 You look like you could use a dash of whimsy today. Put on your fluffy slippers and hop aboard the Whimsymobile.


As many readers noted after the previous post on my adventures in appendectomy, humor can be healing. Whimsy and humor are kissing cousins. Trust me.


Last weekend, to encourage more healing, the hubs and I went on a road trip in search of wonder. We went four miles down the road to an alpaca farm. We're such inveterate road warriors, I tell you.

Suburbia disappeared behind us as the road curved around vineyards, orchards, dairies and meadows. It may already be snowing where you live, but here in California's Central Valley, we are at the peak of blissful, lovely, clear days. Until Friday, anyway. Don't hate us; our gas prices are probably among the highest. 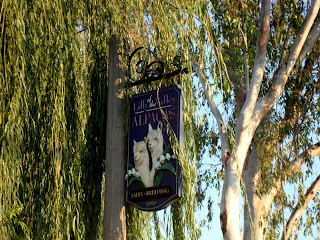 We pulled up and sprung from the Whimsymobile, ready for a petting frenzy. The sign said, "Open," but the gate stayed locked. The best we could manage was a glimpse through the fence. The herd came up to see if I had brought any food. I had imagined they'd be about the size of goats, but these were nearly my height (5'3"). A few let me pet them on the nose. They felt like plump pin cushions. The poor dears kept having to shake off the flies that buzzed around their big, beautiful eyes. Unlike a dairy, an alpaca ranch does not have unsightly poo cakes and the accompanying stench for a mile around. 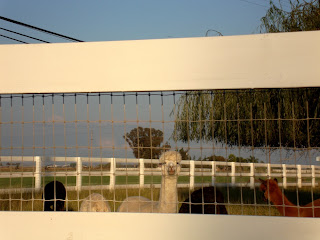 Undeterred that a locked gate had foiled Plan Alpaca, we moved on to Plan B. There was a pomegranate orchard the next block over. The gate was open, and we crunched up the walk. 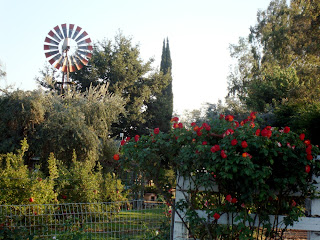 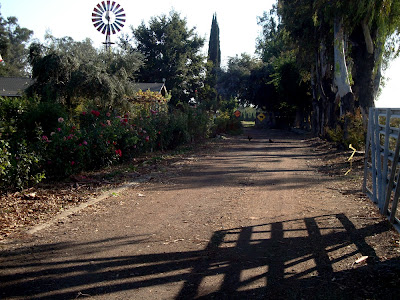 I heard the barking before I saw the blur of fur coming at us. I was out the gate on winged feet before I dared look back. So much for a slow recovery from surgery! 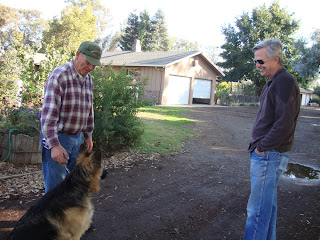 Farmer Gordon called off the German Shepherd and asked me back in. I had assumed my husband was right behind me, but there he stood, back where I'd left him. Boy, did I feel like a ninny.


"I offered myself as sacrifice," the hubs said. Farmer G assured me Sissy likes girls and would be nice to me. "But you should never run," he scolded gently. I knew that. But I'd banked on my bionic legs more than counter-intuitive wisdom. 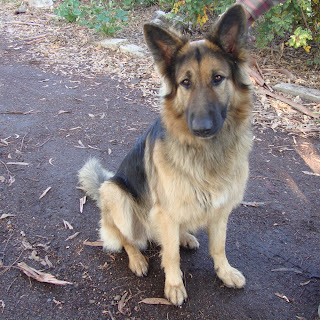 Look at that face. Who would suspect she has a fierce side? She came to me for a petting.


The hubs and Farmer G talked pomegranates while I poked about the place, Sissy keeping me company. They had pomegranates in front and a Christmas tree farm in back, with delightful spots to discover in between. 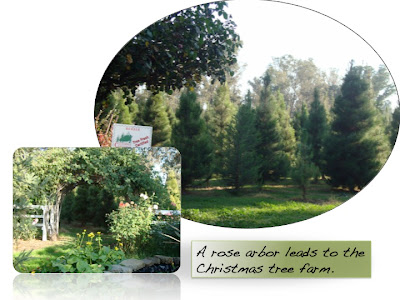 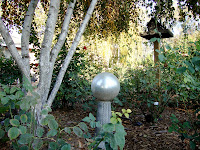 I had a gazing ball like this in my back yard once. Mine was cobalt blue. Gazing balls of lore were meant to ward off witches, supposedly from alarm at their own reflection. I was careless with the hose one day and knocked it off its stand. So far I haven't been beset with witches. Maybe the gnome population keeps the ecological balance. 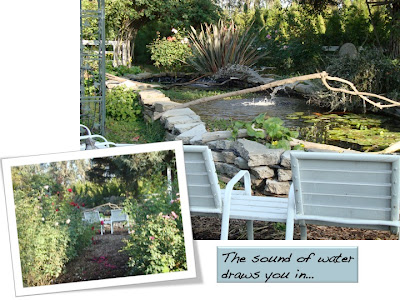 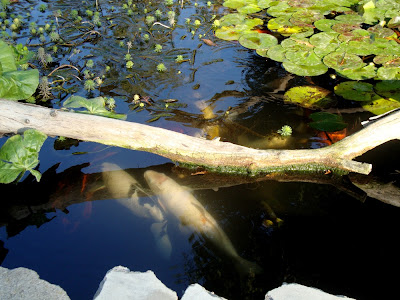 Rose bushes flank a path that ushers you to the koi pond. Towering above the pond are sequoias and eucalyptus. Farmer G's wife, Lorraine, remarked on their age.


"We've been married 50 years, and these trees were here before we were married," she said. 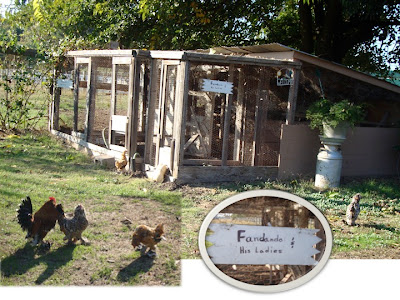 Fandando, the resident rooster, and his ladies beat a hasty retreat into the chicken coop when Sissy showed off her rambunctious side again. Then she settled down in the sunshine. 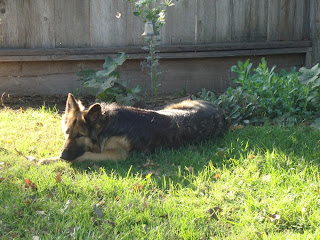 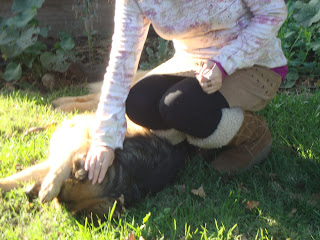 By then, I'd grown quite fond of her and had forgiven her for the scare she gave me. 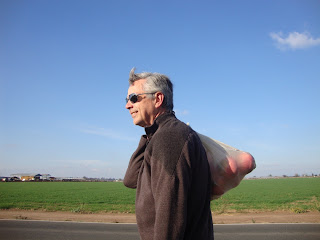 "Come back and chop down your own Christmas tree," Farmer G told us as we said goodbye. The hubs took his pomegranate loot and we hiked back to the car.


To think we've lived here some twenty years, driving past this place hundreds of times on our way to work, and never until now thinking to stop and be neighborly.


Next post, we return to the alpaca farm and actually get in!

Fripperies I made by hand