Look for ways we are one, not how foreign I seem to you

Do you know why labels like "dumbass" and racist remarks are factually wrong? It's because they put a wedge between human beings that doesn't exist. It's a prefab wall, imagined by ignorant thought and spoken by a mindless mouth.

In the visible realm, the spoken word is only a spray of saliva droplets. Yet for all its misty constitution, it has the power to damage. Think of Agent Orange, the herbicidal weapon blamed for half a million Vietnamese children with birth defects. Careless words can be toxic.

Case study: Last night, getting off the dance floor, I heard a stranger call after me, "Sayonara."

Sounds innocent. Well intentioned, even. I considered the source: a young man, early 20s, among a group of exuberant 20-somethings who are a rare sight at the nightspot in town that caters to the mature crowd. (It even proclaims it on the outside wall.)

I can understand why he might have chosen to say it. I'm mistaken by the Japanese as one of them, so imagine how much more convincing my seeming Japaneseness looks to a white guy—the phrase "you all look alike" comes to mind.

Maybe he was seeking a connection. Maybe he meant something like, "Hey, I speak your language. I know one word, but at least I'm trying." Clumsy, but not uncommon in the younger set.

I pretended I hadn't heard. Because how it struck me in that moment wasn't kind.

I felt like while I had been enjoying myself among friends, someone had been sizing me up and putting me in a box with a label that looks different from those of the rest of the crowd. A big fat yellow label. 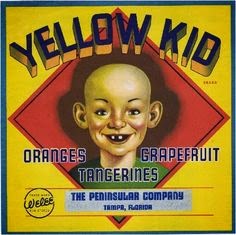 It was the first time I registered that I was among only three Asians there that night—literally a minority. And that's never a comfortable feeling when it's externally imposed. Not to mention it was the wrong label! I'm not Japanese, I'm Filipino. If you're gonna stick a label on me, at least get it right. If you don't want to make the effort to verify, shut up. If you don't know that Asia is a big continent with many, many different cultures, stay 100 feet away from me, because I'm just here to dance, and I'm not your f*cking high school geography teacher or cultural exchange student.

What's that you say?

"To a hammer, everything looks like a nail." (attributed to everyone from Abraham Maslow to Mark Twain.)

To which I retort,

"Like a hammer, ethnicity can be used to build a solid structure, or whack somebody to death on the skull."

And I attribute this pithy quote to someone called vox_rowan, who left a comment on A Complete Guide to Hipster Racism.

As you can tell by now there's lots of baggage weighing me down about this. Immigrants like me often live through "start-up pain," as a friend of mine calls a new experience. Our lives in the United States are marked with episodes like the time my husband's side of the family had a houseguest from Arkansas who, on the ride to the house, categorically stated, "Like should stick with like." Then he met me, and was on the bus home the next day.

But I'd like to think that after living more than half my life here—nearly three decades now—the "otherness" of me is a non-issue. It is to me. It only becomes an issue when someone decides that the person I am is based solely on my ethnic (to them) appearance. I am not "ethnic" among "my people"—hello, I'm just another woman. Some people really ought to travel more often, and not just because cruise food is excellent. There is poetic justice in the fact that Americans in the Philippines will always be referred to as "the foreigners" no matter how long they've been expats. I recommend traveling to those people who use that term, too.

I don't mean we should all ignore the obvious details—that this person is tall, this one Asian, this one has two left feet. But do we have to open our mouths and make it the very first thing we say to someone? Could we maybe take two breaths, in and out, and refocus? Find something we have in common, even if it's just, "I'm here with my friends, too. We like to dance." Then we're not inadvertently putting distance between us even as we attempt to make small talk.

What makes this little case study a bit more nuanced is this: In the lead-up to last night's thought-provoking non-incident, I had been grappling with the yogic philosophy that we are all one. How can that be, I thought, when everything in my Christian upbringing had pounded in the exhortation to be "set apart" from the world, to keep my spirit sacred. The world, per my worldview, was just itching to soil my heavenly robe.

I get the oneness with God idea. My spirit is a shard of the divine, and when the container that is my body breaks, it will flow back to the Creator (Consciousness, in yogispeak). I asked my friend and meditation teacher, Dennis, about this failure of mine to understand the concept of oneness with all created beings.

To his credit, Dennis didn't launch into a sermon. He simply suggested that when I look at a person, I seek my Self in that person's eyes. That resonated with me. I get the Self with a capital "S" bit. I know there is a core in me that remains unsullied by circumstances, poor choices, and lapses into selfishness. Being reminded that if I have that core, other people do, too, set me at least on the outskirts of the town called Everyone is One.

Not long after I posed the question, I received a quite unexpected key to the city straight from the mayor. Coming out of a 15-minute meditation session about two months ago, I had opened my eyes halfway when a blanket of knowing wrapped itself around me.

I could see myself the way God sees me. That is the simplest way to put it. It was just a glimpse. Over in a nanosecond. But what a life-changing instant.

When I am being the person God sees me as, beloved beyond measure, fearless, radiating the very love I receive from the source of love, that's how I see other beings, too. There is no room in this perfect being for less than perfect relationship with all.

Too bad most of us who have had such a moment cannot extend it automatically for the rest of our lives. We have to do a little work called meditation to clear out the blinders, and that work must be done regularly. I hear some people are born knowing, having done the work in previous lifetimes, and some have practiced meditation so faithfully that going into a deep state has become a skill.

But that's why labels and racist dismissals are factually wrong. Because they are so surface-based.