When your boss is a cat 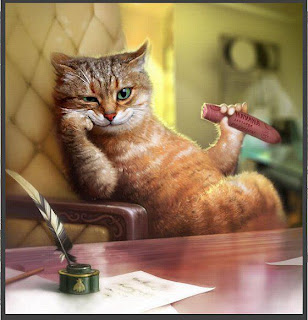 My boss is a cat. No two ways about that. 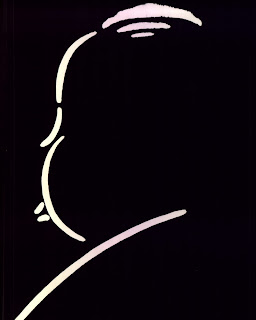 His rotund profile is the first thing I see when I open my eyes each morning. 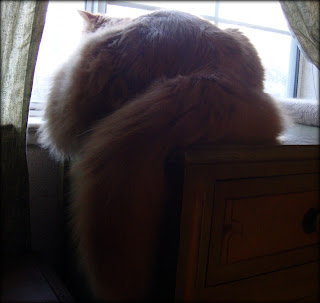 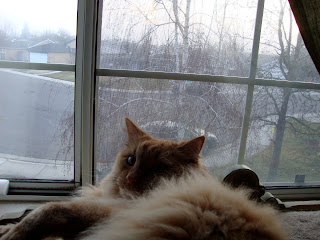 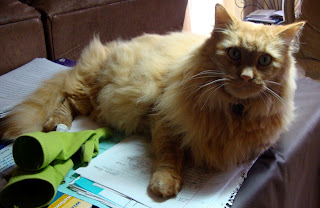 Sometimes I get mixed messages from the boss.
"Am I keeping you from working? Oh, is this your desk?" 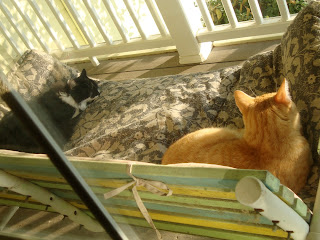 At break time I try to get some air.
I hang out with the rank and file
to get away from his micromanaging. 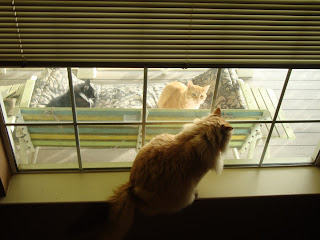 But it's impossible to shake him. He's always somewhere watching. 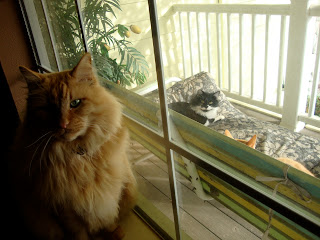 He watches the clock. He gives you a look. 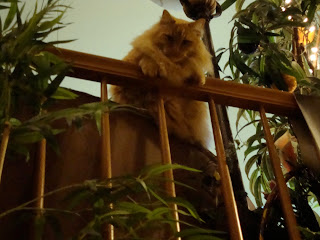 The look that says, "If you're one minute late, I'll dock you." 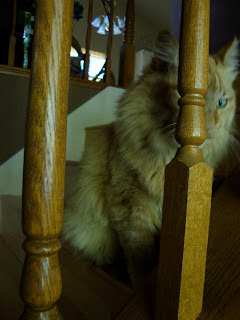 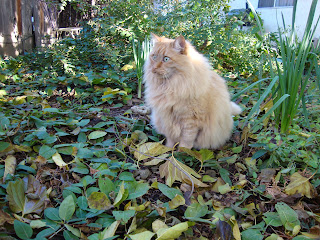 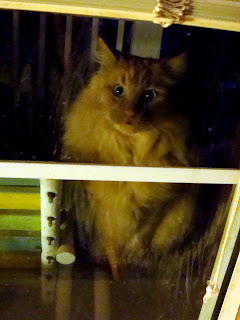 When he was an outdoor cat he wanted to come indoors.
Now that he's indoors, he longs for the outdoor days.
The conflicting desires make him unpredictable. Just like people. 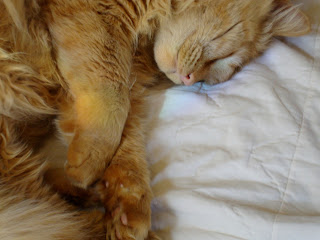 He spends long hours chasing his dreams.
It's hard to get a signature from him at times like these.
Calls are unreturned. Clients are kept waiting. 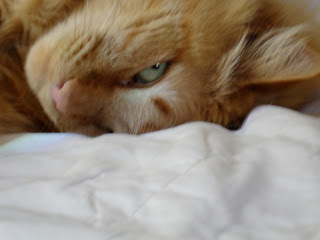 Just when you feel empowered by
making an executive decision,
he lets you know who's the boss. 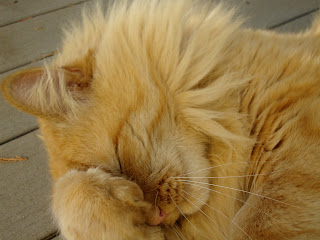 The one good thing about having a cat as your boss is
getting instant, honest feedback. A purr is never withheld.
Loving licks are sheer heaven.
A swipe with the claws not quite retracted is
the universal gesture meaning "No!"
And just think: It's perfectly acceptable
to sleep with the boss.

P.S. If you have neither a boss nor a cat, take this as an allegory. Maybe your boss is the little voice inside your head who cracks the whip. And because the boss does send mixed messages sometimes, there's that other little voice that whispers,
"Just take five minutes to check Facebook." And then five hours go by.

Fripperies I made by hand